Finding my love for Green Roads

Way back in 1976, I got my driving license and my first motorcycle on the road. It was a full blown enduro bike and given that my two older Brothers were already competing in enduro and trials, I started to follow them around. 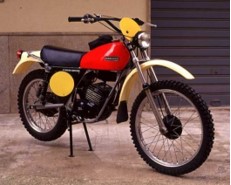 During that first year although I didn’t compete in any events, I did do a fair bit of travelling marshal work at numerous enduro’s, including the International Welsh Two Day Trial. There were road sections in between the off road timed sections, which usually consisted of a combination of green roads and forestry tracks (used with the forestry commissions permission). I’d got the bug.

When I was 17 years old, I passed my motorcycle test, sold the enduro bike and took up Moto X at a pretty serious, national level. For the next four years I only raced at Moto X events on dedicated tracks and didn’t use green roads, due to a lack of a road legal, off road vehicle. But then I had a huge accident at one event and broke a lot of bones. So ended my Moto X career!

But I’d got the bug and so as soon as I could actually walk again, I set myself up to compete in enduro events, which has a much slower pace than Moto X. I was back on the green roads, albeit competing in events. But the beauty of enduro machines, is that they are road legal, so I would often ride the lanes local to me to get my bike set up, almost as much fun as competing in the events themselves!

I did this for five years and got to know the local lanes pretty well, so when I gave up competitive motorsport, I kept the bike and carried on exploring the green lanes and loved it.

From that day (1987) to the current day, I have owned a road registered vehicle, capable of tackling the green roads, two wheeled, four wheeled and sometimes both.

For example right now, I own and use both a 4X4 and trail bike on the green roads. Although I’m very much a fair weather rider these days, so the 4X4 gets used all year round, whereas the bike only really gets used when the sun is shining! 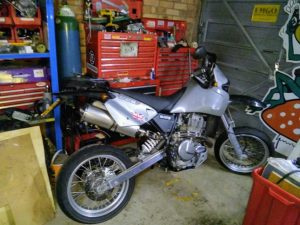 I have owned all sorts over the years, the cars have been everything from full blown selectable four wheel drive vehicles, Land Rover’s, Jeep’s and Toyota’s to name but a few and I’ve also had some all wheel drive SUV’s too.

The motorcycles have been full on enduro machines and standard trail bikes. My current motorcycle is what is known as a Dual Sport. It has two sets of wheels, 17 inch with road tyres and an 18 inch rear and 21 inch front with off road tyres.

With me using motorised vehicles of the beaten track, green lanes to you and me, has become a bit of a bug. I guess I just like to get away from the hustle and bustle every now and then and there’s little as peaceful as sipping a steaming hot cup of tea, whilst taking in some great views in the middle of nowhere and there are plenty such places accessible via our stunning green lanes.

So there you go, that was how I found the green roads of the UK, forty three years ago!

My passion for green roads continues, with me taking up the role as Shropshire Area Representative for All Terrain UK in 2018.